It was Peter’s 40th birthday on Thursday, and to commemorate the special occasion, his wife, Erika, had arranged for the couple to spend a few nights away from home in a remote log cabin. What she didn’t reveal to him, however, was that she had also invited a bunch of their friends and family to the rented lodge for a party later on that evening, and as if that wasn’t enough, she had even placed a booking with Peter’s favourite caterers (that’s us, by the way!) to make sure everyone she had invited stayed well fed for the duration of the party.

As you can probably tell by our enthusiasm, Taste the Cracklin was more than happy to assist. What can we say, we love a good ol’ surprise party – especially, when said party is being hosted by one of our long-term clients! So, when Erika reached out to us, we already had a pretty good idea of what we would be asked to serve. 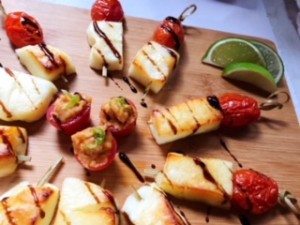 Taste the Cracklin’s Southern Slow Roast Menu has been a favourite of Peter’s for almost 8 years now. So much so, that nearly every time he has booked us for an event, this is the menu he has chosen. This is why it made such perfect sense to us when Erika had requested that we serve it at his 40th birthday party, too! But with it being an extra special occasion, though, she did ask for a few extras to make the meal even more spectacular than usual. These included charcuterie boards of deli meats, cheeses and sliced artisan bread, tasty canapé trays and a rich and gooey chocolate torte dressed in fresh cream and forest fruits for dessert.

When Peter arrived, he was over the moon to see us, and all of his loved ones were there to help him celebrate his milestone birthday in style, and as always, he loved the grub we served!